As companies re-evaluate their supply chain strategies thanks to COVID and the de-carbonization movement, the Chinese authorities have chosen to send a strong message to foreign investors. Is your company changing its China strategy?

China introduced new rules on November 1 that restrict the extent to which internet companies can collect and store user data. Known as the personal information protection law, it is said to be among the toughest data-protection regimes in the world.

As part of the rules, tech giants are having to set up external bodies to monitor their data collection, while foreign companies have to appoint representatives within China dedicated to compliance. Companies in breach are risking fines of up to 5% of turnover.

These rules are the latest example in the year-log crackdown on tech and finance in China. It started with Beijing’s decision in November 2020 to scrap finance giant Ant Group’s flotation, which was expected to have been the world’s largest IPO. Billionaire founder-CEO Jack Ma subsequently disappeared from the public eye for three months, and it is still not clear if an IPO will go ahead.

Beijing has also been getting tougher on companies, such as DiDi (China’s Uber), whose shares are listed overseas; shutting down China’s most famous financial bloggers; banning cryptocurrency trading and mining; and introducing new restrictions for whole industries such as gaming. Most recently, regulators have been signalling that some of the country’s most popular stock-trading apps are illegal.

These interventions have consequences not just for Chinese companies but for the global financial system. China’s financial system is a US$45 trillion (£33 trillion) industry, boasting the world’s second-largest stock and bond markets. But when you look closely at the way that China runs these markets, you realise that the whole philosophy underpinning them is very different to markets in the west. This is helpful for making sense of the crackdown – both why it has happened and how it should be viewed. 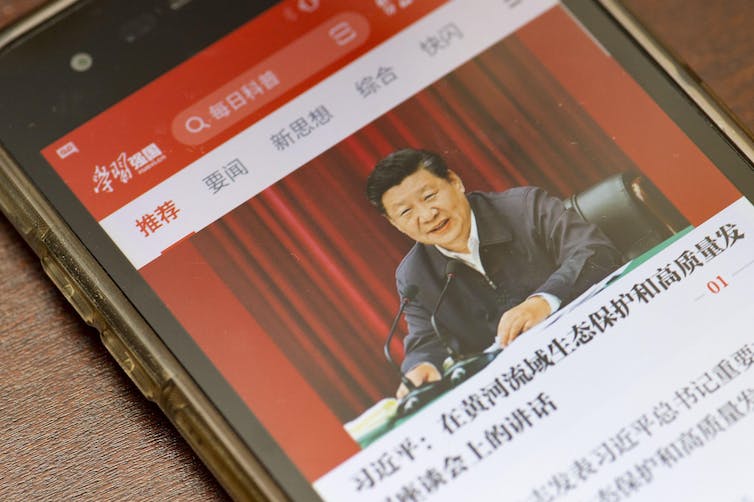 I am the principal investigator of a new research project known as StateCapFinance, which looks at how emerging economies run capital markets (meaning stocks, bonds and derivatives). In many instances, such markets are influenced by the state, meaning they operate by a very different logic to the west.

In western capital markets, the underlying principle is efficiency: investors’ money flows to whichever companies are judged the best, in terms of how prudently they are run, the strength of their business models, their prospects for the future and so on. This instils market discipline, encouraging everyone to compete as aggressively as possible – or so the argument goes. Capital markets are seen as the epitome of liberal capitalism, with state interference merely serving as a backstop if things go wrong (think 2008).

In state-capitalist economies such as China, by contrast, capital markets are designed to enable state control and facilitate state objectives. For example, the Chinese don’t like to see too much speculation in their markets, and monitor activity closely to prevent it getting out of hand. If the authorities decide that certain traders are too active, they will ask them to cancel trades and may even ban them.

The state is also careful to restrict international traders, setting limits on how much they can trade for instance. And just like Ant Group demonstrated, the authorities carefully weigh whether flotations can go ahead. Decisions can have less to do with a company’s financial abilities than whether they have political ties or contribute to national development.

As I demonstrate in a recent paper, these markets are focused on containing financial risk, maintaining social stability and steering financial activity into more productive tracks. It is all geared towards state control and accomplishing national development goals – and here we see the overlap with the recent crackdown.

Some of Beijing’s interventions, such as reining in financial bloggers or restricting Ant Group – with its peer-to-peer payment system and vast consumer data – are part of the same tradition of managing markets. As finance permeates ever more aspects of Chinese life, the authorities are using it as a lever to govern economic activity. Meanwhile, other interventions, such as data protection and restricting gaming, are more broadly about managing society, but with the same approach to putting the state before enterprise.

Part of our work in the StateCapFinance project is about recognising this Chinese approach as an alternative, and even a challenge to the contemporary global financial order. Interestingly, we see this not only in China but across emerging markets. In Brazil, Russia, India, South Africa and South Korea – which together with China account for 25% of global stock market capitalisation and 50% of trading in global futures markets – states facilitate control and national development in similar ways.

In most of these nations, it’s more common for the state to own listed companies and stock exchanges, and foreign and private ownership tends to be more restricted. Speculative trading is much more curbed, while states tend to try and control the price of key commodities by setting up rival benchmarks to the west. China has done this with commodities like crude oil, iron ore, copper and gold.

In StateCap’s most recent research, we locate different countries on a continuum, with the neoliberal approach at one end and the state-capitalist approach at the other. China is the closest to state capitalism, but India is quite far in the same direction and, perhaps surprisingly, so is South Korea. On the other hand, Brazil and South Africa are more towards the neoliberal approach, and – again contrary to what you might think – so is Russia. But to emphasise, this is all relative: Russia’s rules about the extent to which foreign companies can invest in strategically important industries are tougher than in most western countries, for example.

Viewed in this context, China’s regulatory crackdown is essentially an exercise in state management where the authorities aim to establish more control over what they perceive as outsized, unproductive economic sectors that ought to facilitate national development goals. Whether these interventions are progress is debatable, of course, but it helps to understand the fundamentally different philosophy underpinning them.

I’ll leave you with two final observations. Wall Street is still aggressively venturing into China. In 2020 alone, global investors channelled upwards of RMB1 trillion (£115 billion) into its capital markets, while global financial players have been scrambling to ramp up their China operations. And while the west worries about the power of its own tech companies within a system that is designed to give them as much leeway as possible, it is perhaps unsurprising that some have been wondering whether some of China’s more strong-handed interventions are the right way forward.

With the centre of the global economy gradually shifting east, we can probably expect an intensification of this clash of philosophies of how to organise the relationship between state and markets.

This article is republished from The Conversation under a Creative Commons license. Read the original article.